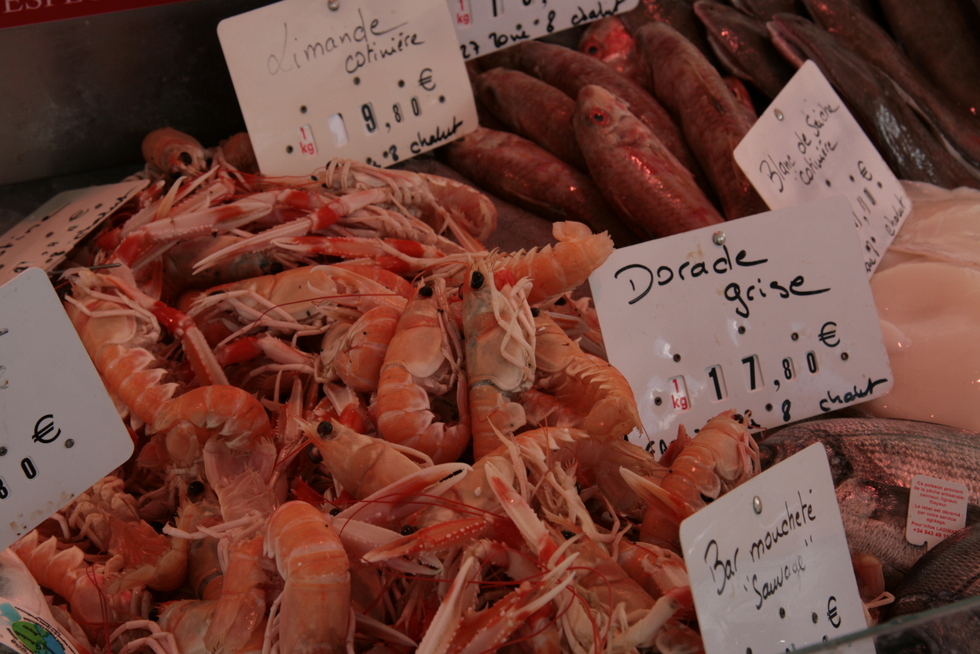 It’s the beginning of September and still 32 degrees with blue skies. Time for a BBQ with some good friends who have traveled from England to be with us this week.

Tuesday is market day at Lezay, just a few minutes drive away from us in Vanzay. In fact there’s a market every day in one of the nearby towns so there’s never a day when fresh produce isn’t available.

For our first course we decided on some fresh Charantais melon with some french ham, similar to Parma. For the BBQ we chose some fresh wild sea bass or “bar” as it’s known here.

So first stop was one of the many fresh fish stalls. The oysters were tempting for Pete but the rest of us haven’t yet acquired the taste so Pete had to do without this time! Although tempted by the many different crustacea and fish we stuck to our guns and snapped up a beautiful fresh wild sea bass, and just for good measure a couple of loins of tuna. 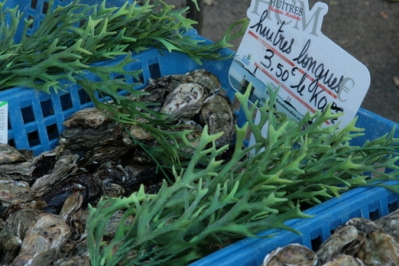 A little while later we passed another fish stall with the most enormous Megre. You can see in the photo above with a smaller Megre on its back to show the scale. Transpires that this is a stone-bass and a few of these steaks would have been delicious. They’re on the list for the next BBQ!

So next stop to get some fruit and veg which is covered in my next post.

Category: Days out, Out and about      Tags: bbq, Food and wine, Poitou-Charentes