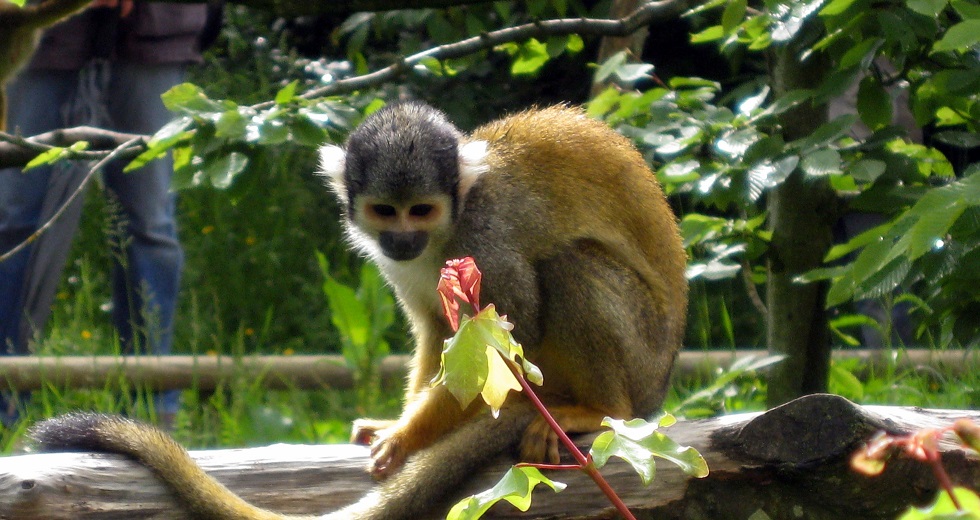 Started 10 years ago, there are now over 350 primates living here made up of 30 species, it’s described as a unique animal park with no cages or barriers, the primates live in the woodland and on islands.  It has been beautifully and thoughtfully landscaped with canals running throughout. You pass through gates into each section, where the smaller primates run free and amongst the visitors. There’s a children’s farm onsite with many breeds of chicken, ducks and pygmy goats. There’s also a restaurant and a play area.

We have teamed up with a local English owned enterprise which delivers your bikes, safety equipment and other accessories to your door. You can book direct on their website, specifying how long you want to hire the bikes for, and they deliver and collect. They provide single bikes or tailored family packages depending on your requirements.  Please ask us for their details if you would like to book in advance, or we keep their leaflets in the gîtes if you would prefer to wait until arrival.

The Giants of the Sky is an impressive aerial display of birds from every continent that takes place daily throughout the summer over the mediaeval old town of Chauvigny in the Vienne. As well as the flying display, there is a velorail – a 5 person rail car that relies on pedal power – that takes in the mediaeval city along its 17km circuit.

Situated on the outskirts of Poitiers, Futuroscope is a theme park based upon multimedia, cinematographic futuroscope and audio-visual techniques. Opened in 1987 it has grown into France’s second-biggest visitor attraction (after Disneyland Paris) with a staggering 40 million visitor entries, and counting. Every year Futuroscope opens new and exciting features on the 131 acre site, attractions that include Sea Monsters (3D, in collaboration with National Geographic), 3D and 4D IMAX domes, The Future is Wild (an augmented-reality adventure looking at where evolution could be leading us millions of years from now), Dynamic Vienne (a 4D race through the area at the wheel of a Formula 3 racing car), the Blue Note Mystery (a musical fairytale evening show featuring lasers and other special effects) and more besides.

Zoodyssée, situated in the forest of Chizé, Deux-Sèvres, is one of the largest wild animal parks in Europe dedicated to European species. The park is split into two areas, le Petit Parc which houses the smaller animals, a farm area (petting zoo) and a number of buildings where you can see various reptiles and behind-the-scenes work going on.  Le Grand Parc has a large European plain where you can find the large grazers: European Bison, various breeds of deer, Polish ponies.  In the surrounding woodlands around the Grand Parc, there are wild boar, Poitou mules and donkeys, Pyrenean Chamois to name but a few. La Forêt de Chizé is one of the few remaining areas of ancient forest that once covered much of France and Zoodyssée continues to work hard to preserve this environment and its native flora and fauna.