Classic Living for a Week in Poitou-Charentes

Guest post by Anne and Dick Francis following their holiday at our gîte, La Grange, in June. Dick is a professional historic car restorer: http://www.carrosserie.co.uk

Hi To You Both

Thank you for a great holiday.

You have found a small piece of paradise and made it into a place to stay. Here is my post to your Blog. (I’m no journalist or author, so if it sounds terrible I apologise in advance!)

Anne & I had such a good time in Vanzay I don’t quite know where to start.

We flew in to La Rochelle on Saturday afternoon and the first stop was the Super U. Just to ensure that we had breakfast and a meal for Sunday as France still closes on Sundays! The Guest basket that we found on arrival was superb! (Thank you Abi!) Bread, Cheese, Wine, more than was necessary.

Under normal circumstances we would have driven down in one of our cars, but this year pressures of work meant that I had a limited amount of time and that meant we needed an alternative. Fortunately for us Jet2 now fly from Leeds Bradford Airport to La Rochelle. With a hire car from Alamo Car Hire we were set. 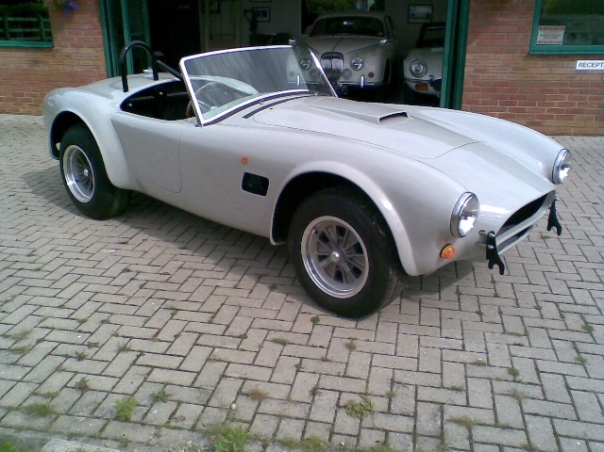 It could have been this…….

A short 1.5 hr journey and we were in Vanzay. Greeted by both John & Abi.

La Grange is truly wonderful! All on one level (a big help to my gammy leg! More of that later!) Big comfy sofas, comfy bed, well appointed kitchen and bathroom plus little extras that really made a difference, soap in the bathroom, loo rolls etc. We have been coming to France for many years and in most cases these little things you need to supply yourselves.

John & I hit it off right from the word go. Within two hours of arriving we were fitting hydraulic pipes to the DSuper5 and arranging to visit the motor racing at Circuit du Val de Vienne 20th Anniversary meeting (Fantastic value at only 10 Euros to see guys like Tierry Boutson and Eric Helary) the next day before racing back to see the awful performance of our so called national football team!…. The beer helped though. 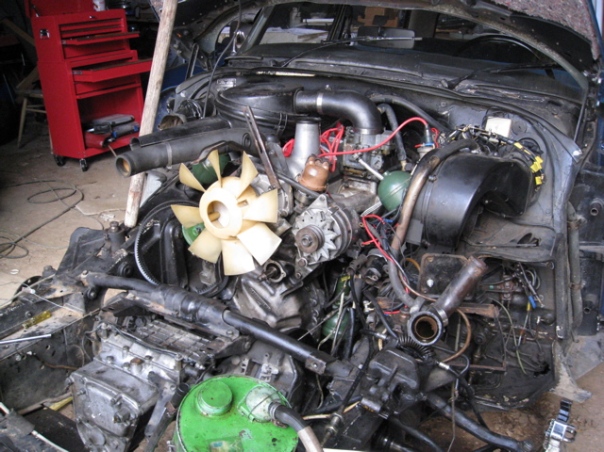 Our neighbours for the week were Steve & Emma and Rob & Claire who drove down from Buckingham in their MGB Roadsters.

The six guests plus John & Abi were like a meeting of old friends after long while apart. I don’t think that we could have asked for more.

A Day Out in the DS: the best that I’ve driven

Because of the maladies to the DSuper5 John kindly upgraded us to the DS23ie. The last time that I drove one of these was in the mid seventies, and believe me they have lost none of their class or style. 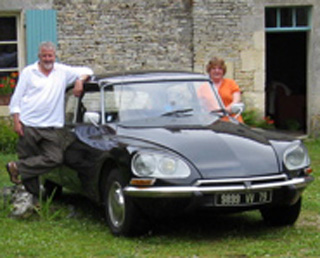 Us and the DS

We had arranged to drive about 80 kms south to Aulnay to visit some very old friends and to take them to lunch in St Jean D’Angeley.

Everyone smiled and waved on route. The lady pump attendant in Chef Boutonne clearly enjoyed filling us up and when we stopped outside the restaurant we were greeted by a German guy who had a DS23ie at home.  Classic motoring in France is as popular as it is in the UK.

One of my reasons for this trip to France was to do a “Recce” of Angoulême with a view to coming next year in September and taking part in the Classic Rally in our Lotus Cortina MKII.

(I’m still optimistic of coming John, listen out for the wail of a screaming Twin Cam from the Lezay area and you will know we’re there!) 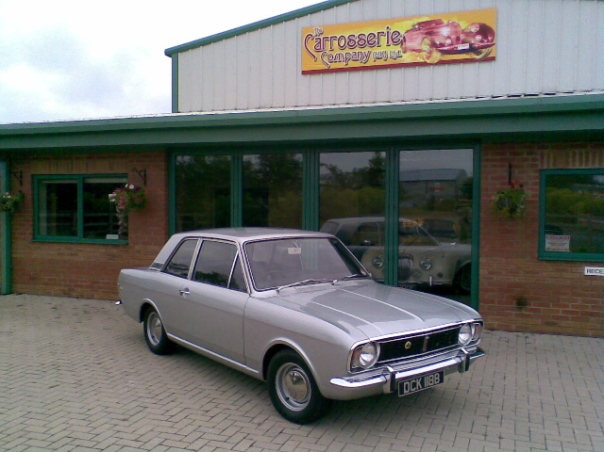 To anyone else following us, Civray is a must to visit. The Church (L’église St-Nicholas) there is like nothing seen anywhere and it’s not listed not in our Michelin guide of the area.  What look like stunning original wall paintings adorn the inside. 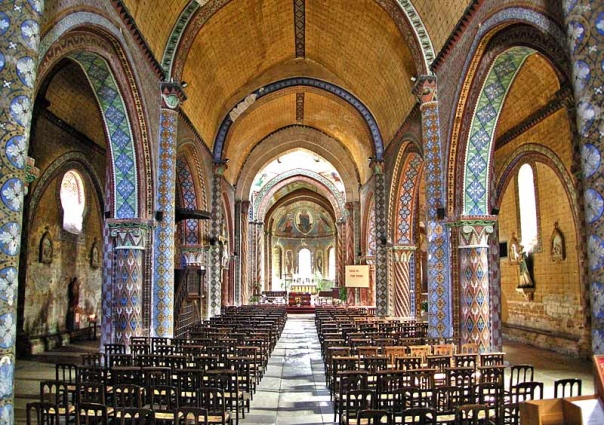 You also have to visit the Bar in Brux. Dave the barman is a nice guy and his New Zealander wife certainly knows how to cook.

As the week progressed, John & Abi suggested that for a small fee, they prepare a “last supper” barbeque for the guests.

All I can say is brilliant! What a great idea! We all had a great time! Abi’s Piri Piri chicken was great, along with some proper English sausages, and some wonderfully spiced burgers.

All of the fruit and vegetables were produced by Abi’s gardening skills and I’m not sure about the last supper I think that we could have fed the Five Thousand! There was so much wonderful food.

Both Anne & I am looking forward to future visits to La Grange at Vanzay and to continue what we both hope will be a long and lasting friendship.

As for my gammy leg, watch where you are going during charity fun runs, and not the pretty girl running in front of you!

← The Last Supper: the end of a great week of classic motoring
Summer Steam Rally →